Please note the dates of our next two meetings.   They will be held on Thursdays 22nd Sept and 8th December 2016, as usual upstairs in the Art Gallery behind the Ladywell Tavern from 7.30pm.
Everyone welcome.
Posted by Ladywell Fields at 07:05
Email ThisBlogThis!Share to TwitterShare to FacebookShare to Pinterest

This petition http://www.hilly.org.uk/petition originates from Hilly Fields users and applies to all Lewisham parks. 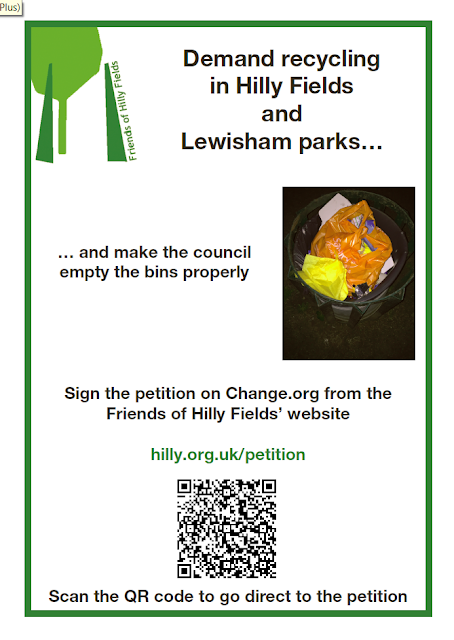 The petition states:
We, the undersigned, demand that Lewisham Council provide additional recycling bins throughout Hilly Fields (and any other Lewisham borough parks that need them).
We additionally demand that the council, or its contractors, empty the bins more frequently – this will need to be at least twice a day on sunny summer days when there are higher than usual numbers of park users.
Please sign and share.
Posted by Ladywell Fields at 07:01
Email ThisBlogThis!Share to TwitterShare to FacebookShare to Pinterest

We continue our tree walk from part 4, introducing the last five of the twenty most interesting trees in Ladywell Fields. 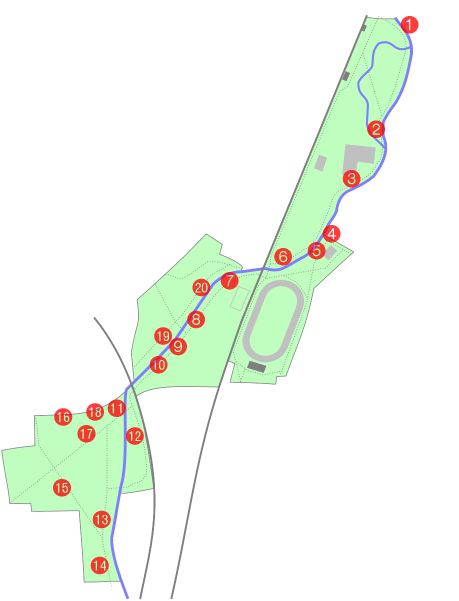 From the centre of the southern field, walk downhill towards the river. As you turn, in the distance you will see the remains of a row of Lombardy Poplars (16) along the boundary between the park and the school. They are tall and narrow trees, with the typical fluttering leaves of the poplar.


Carry on past the Golden Weeping Willows (17), which at first seem to be growing a little too far from the river. However as regular park users know, there is in fact a small underground stream running down this hill, which presumably gives them all the water they need. The stream is the reason the path at the bottom often floods in wet weather.


As you reach the river turn left, along the path on the near side. You may notice that growing near a lamp-post, up against the fence, is a Field Maple (18), probably also a old field boundary tree. The path then takes you under the railway bridge.

As you come out into the field, keep to the path as it turns back towards the river. As it passes close to the river, look for a special tree, the Caucasian Wingnut (19). This species originates from Iran and is only occasionally found in parks. This one is on the river bank itself, a few metres from the path. In summer it has catkins up to 50cm long which turn into tresses of small green nuts.

Continue along the path following the river. Just before the backwater in the river you will see another poplar, this time a Balsam Poplar (20). It has larger spade shaped leaves which feel a bit waxy to the touch.

As you continue you will also notice more Black Poplars on this stretch, planted in a row that is not straight. They probably follow the old course of the river. These are a particular variety known as the Manchester Poplar and are all males. In mid-spring look up and you will see their tops covered in red catkins.

Or why not end your walk simply with some delicious treats from the Ten Thousand Hands Cafe?
Posted by Ladywell Fields at 18:11
Email ThisBlogThis!Share to TwitterShare to FacebookShare to Pinterest

We were pleased to report that works to the weir by the hospital had been completed. Construction company Volker Fitzpatrick has completely rebuilt the weir and it is hoped that this will maintain the flow through the river channel in the meadow.  Park users are asked to keep an eye on how the new weir copes with the large amounts of rain that we are occasionally experiencing.

The main item for discussion at the meeting were the proposed improvements to the tennis courts in the North Field. This will involve the complete resurfacing of the hard courts, new fencing and the introduction of floodlights. In addition, the two grass courts will be turned into hard courts. The proposal also includes a suggestion that an annual membership charge will be levied as well as a pay by use fee. Entry to the courts will be via a new keypad system. While there are concerns about ensuring that some free to use courts are maintained,  a majority of park users support the proposals.  The improvements are to be carried out by Lewisham Council in partnership with the Lawn Tennis Association  Many thanks to Andy Thomas, council officer with responsibility for sports, and to the tennis court users who joined us to provide information and answer questions at the meeting.

Park users also raised a number of park management issues, including the recent damage to the railings on the bridge between middle and south fields, which are being pursued with Glendale and others.
Posted by Ladywell Fields at 17:47
Email ThisBlogThis!Share to TwitterShare to FacebookShare to Pinterest
Newer Posts Older Posts Home
Subscribe to: Posts (Atom) 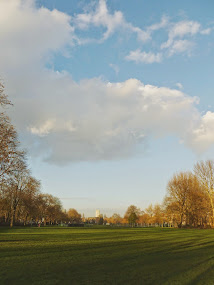 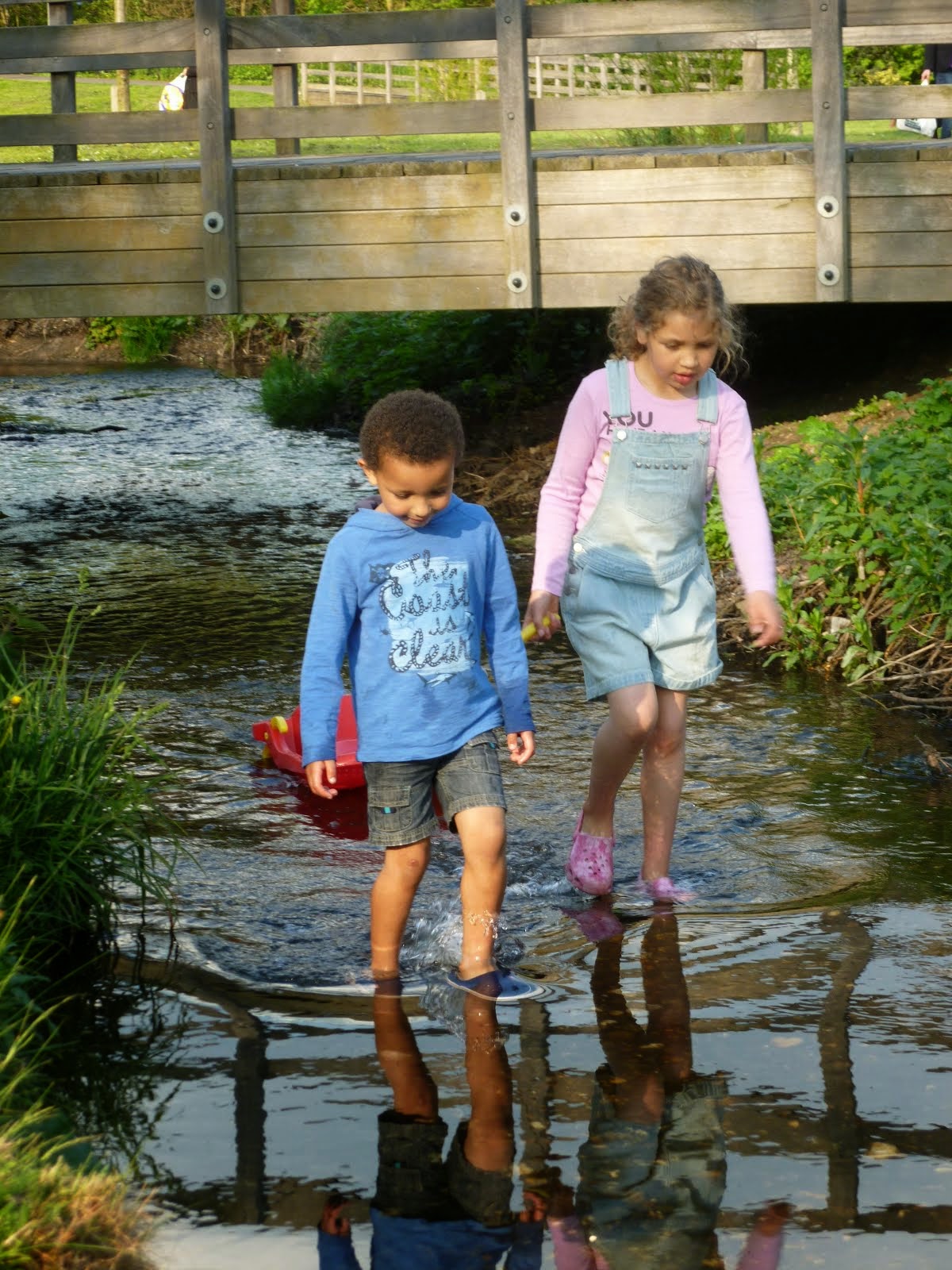